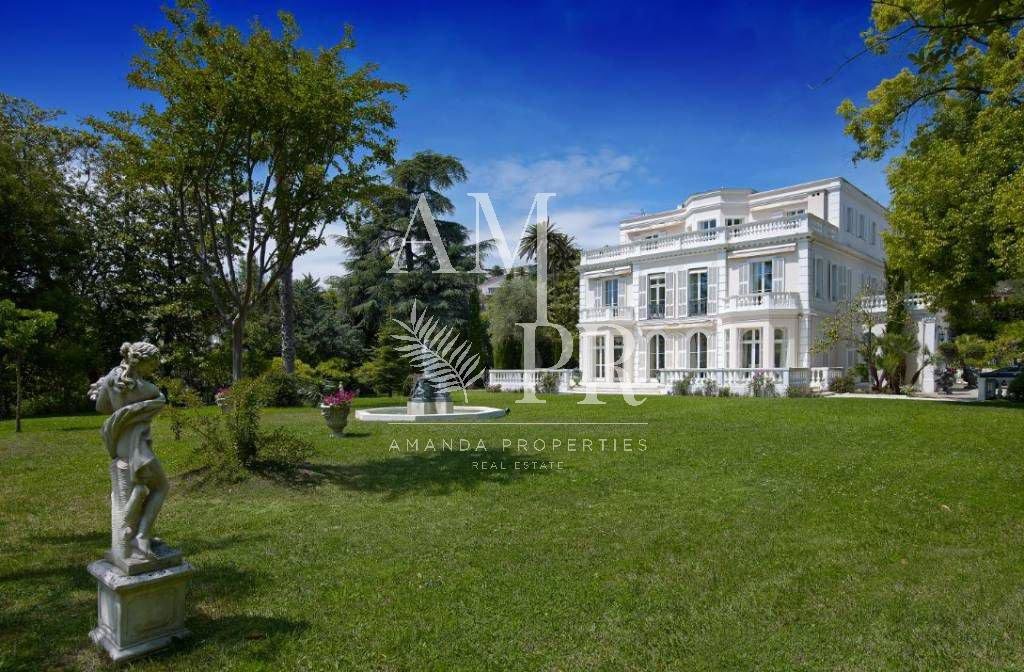 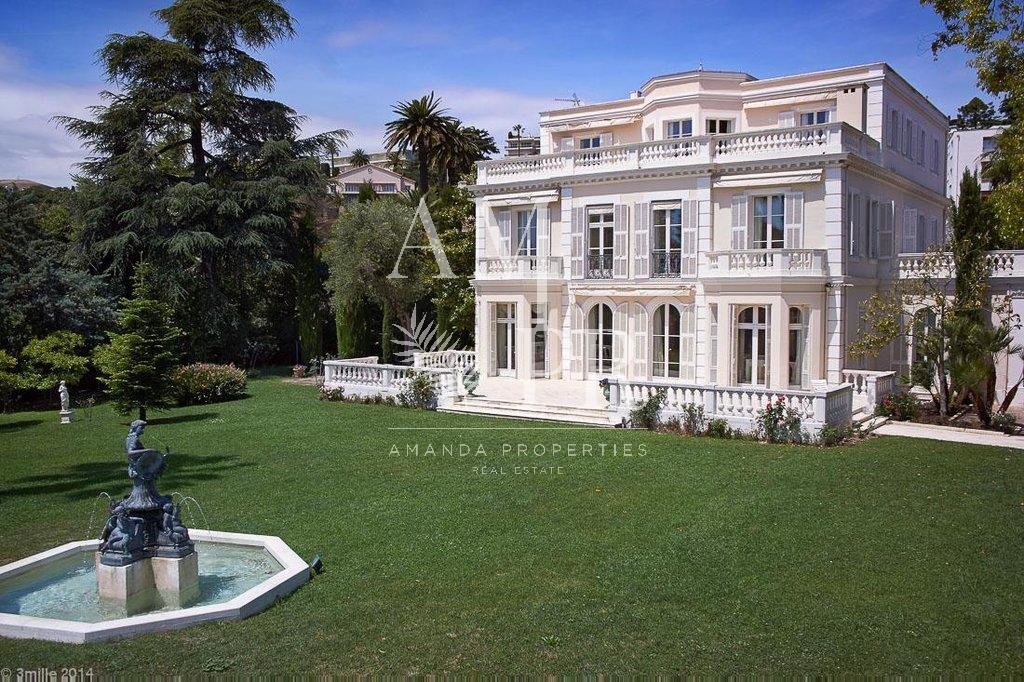 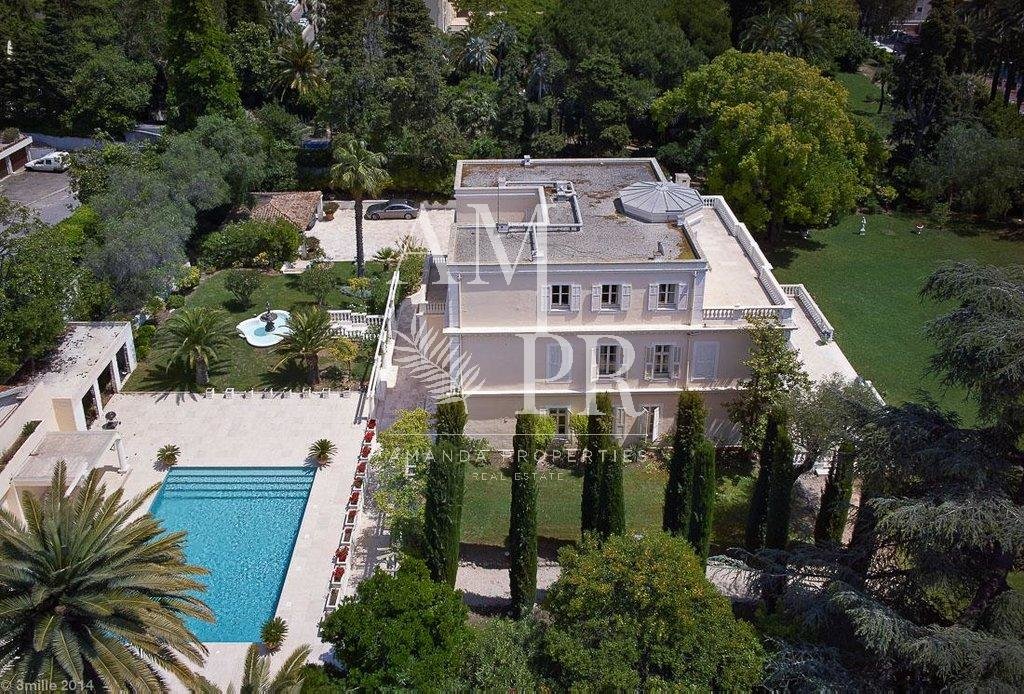 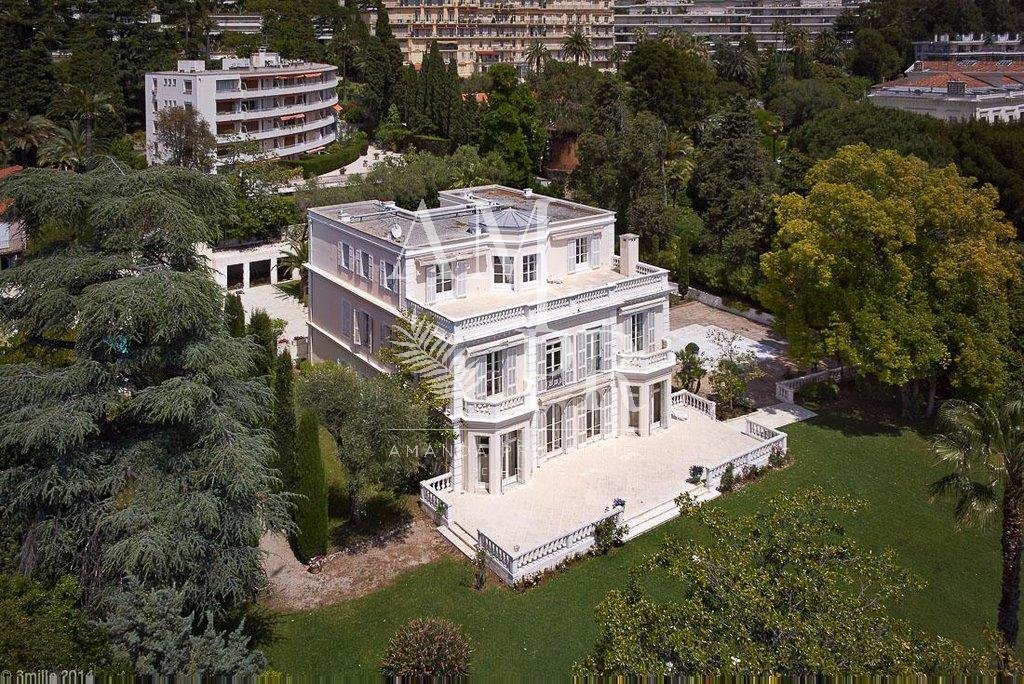 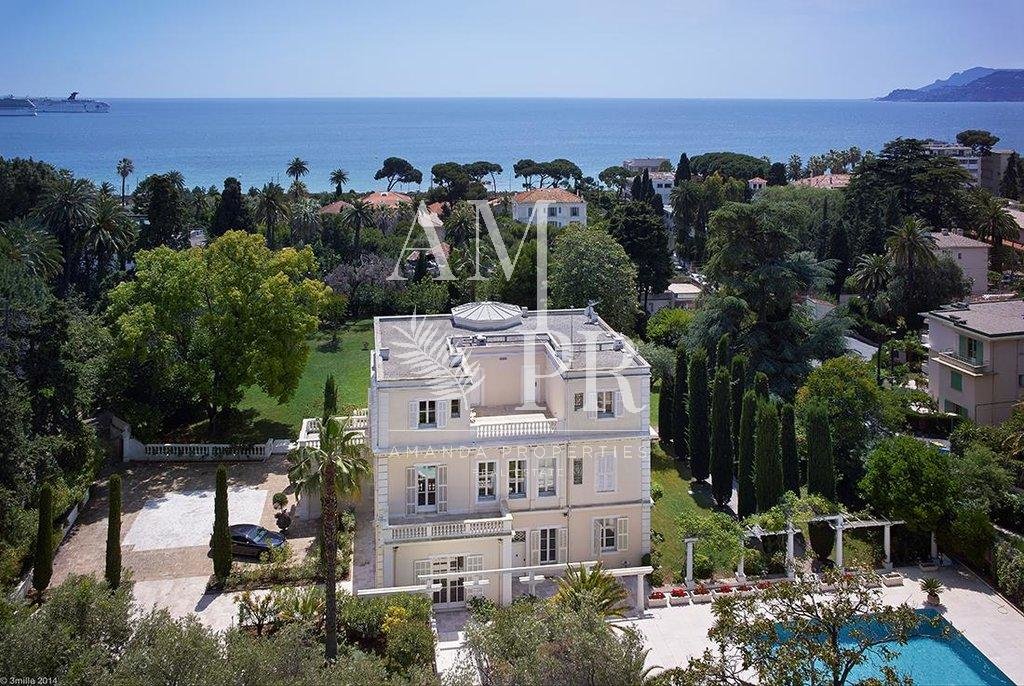 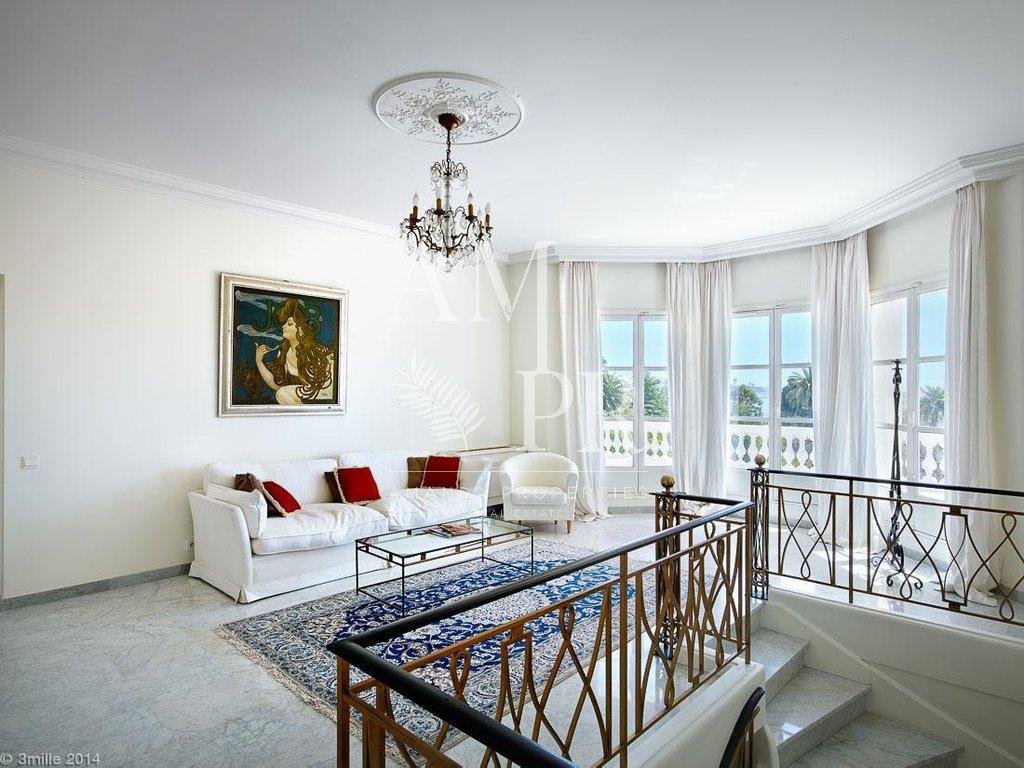 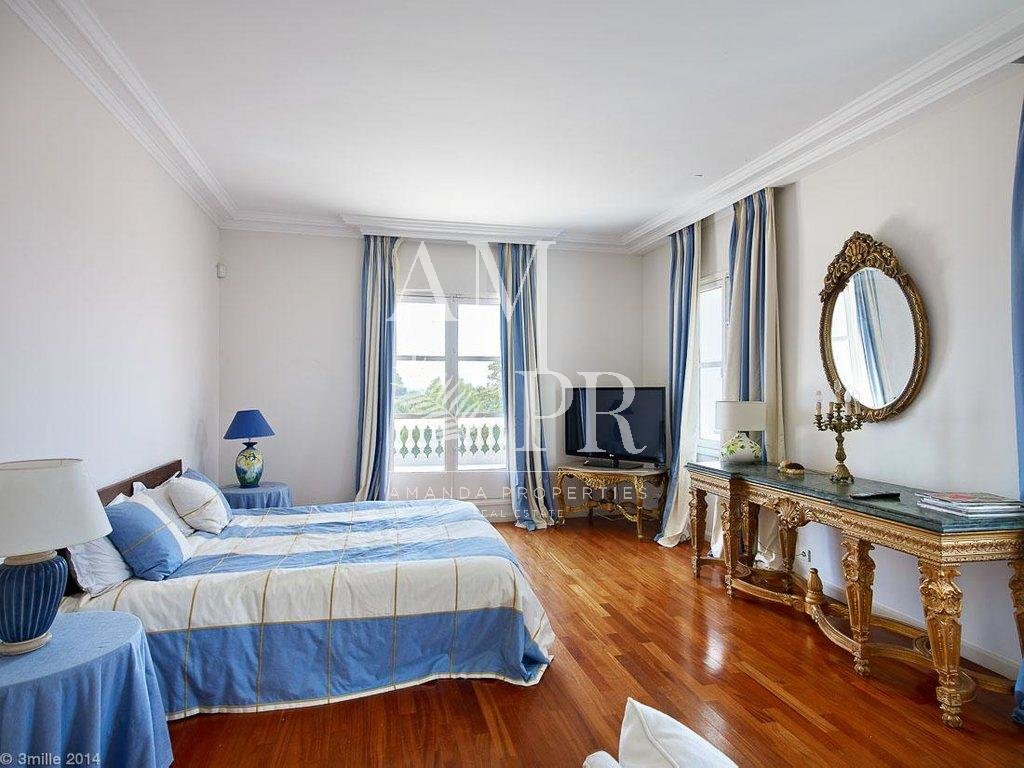 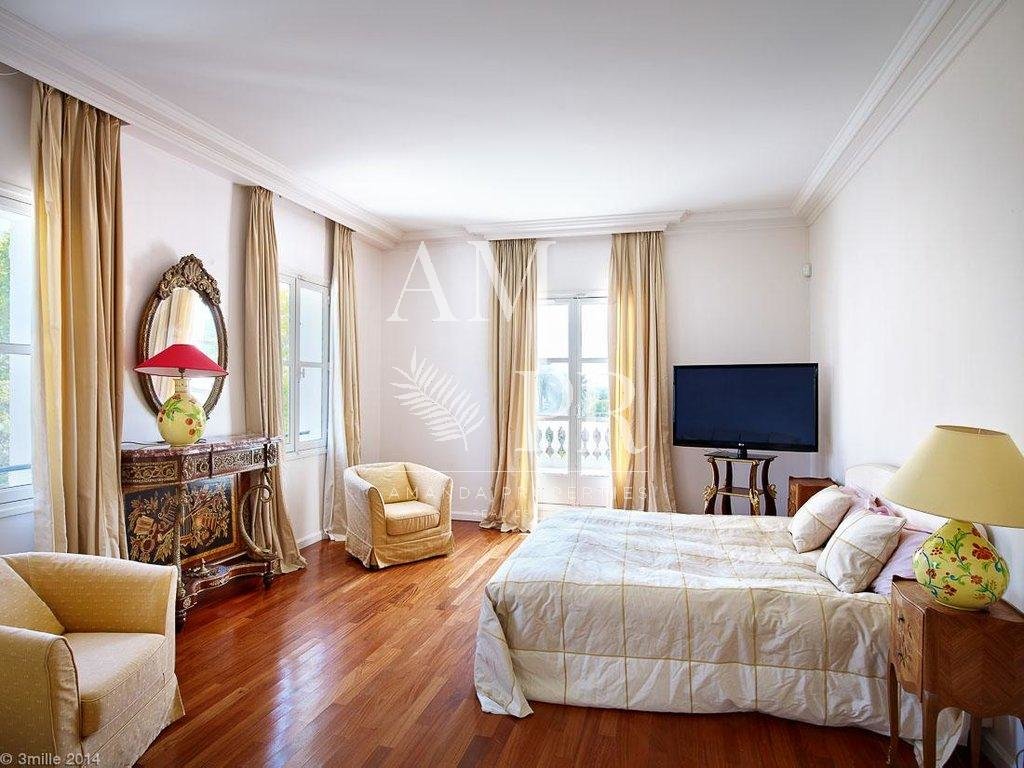 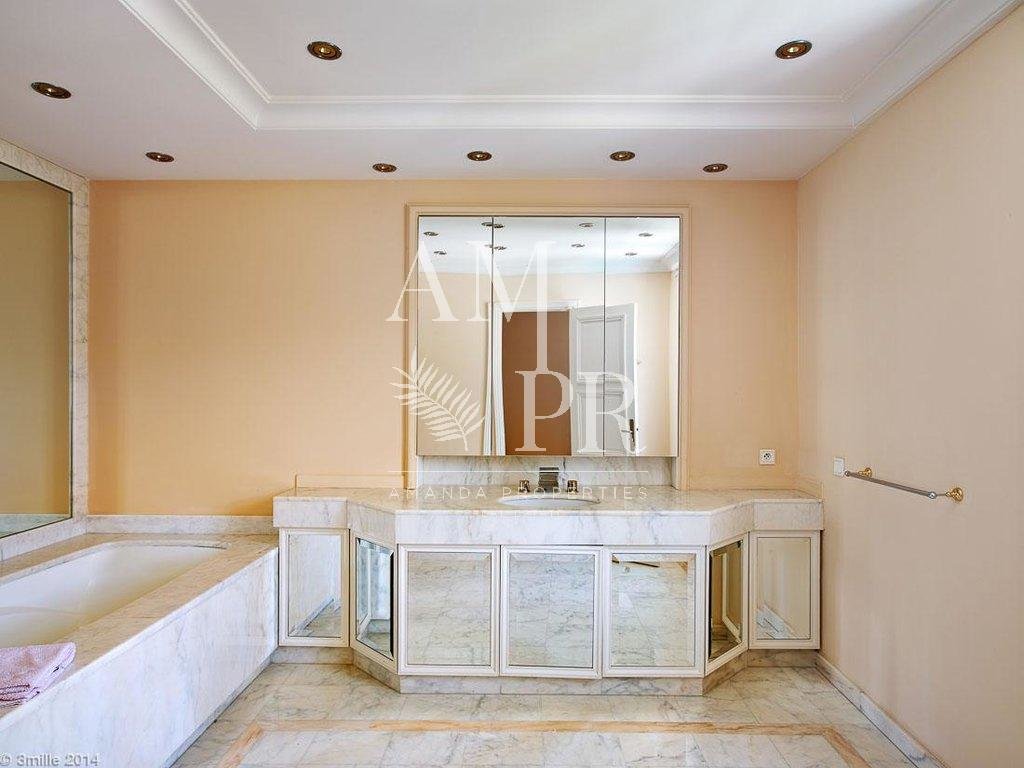 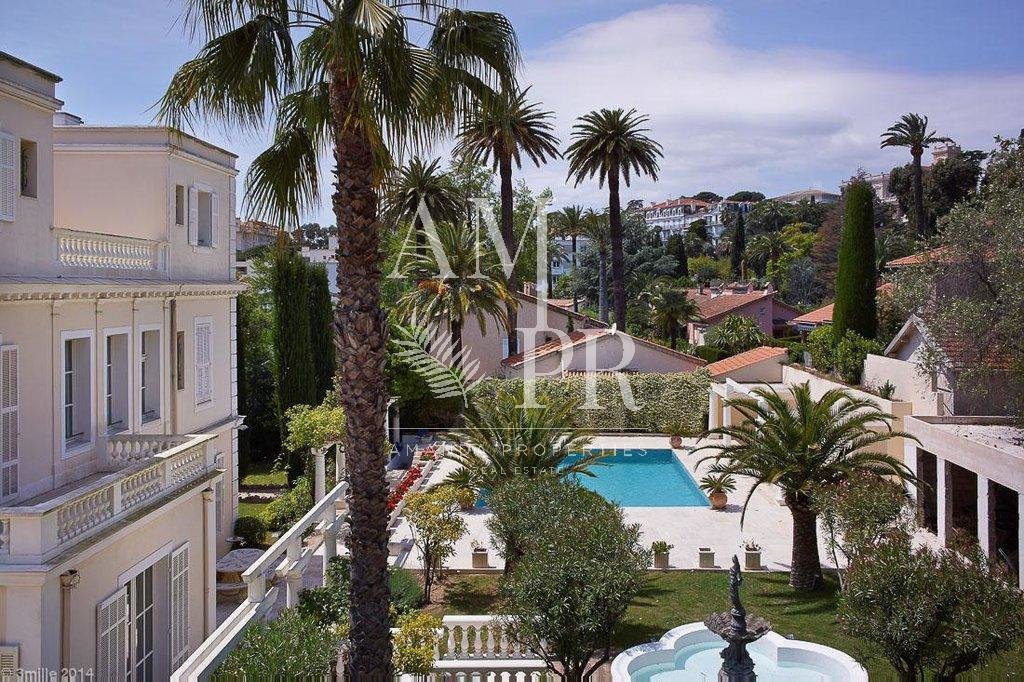 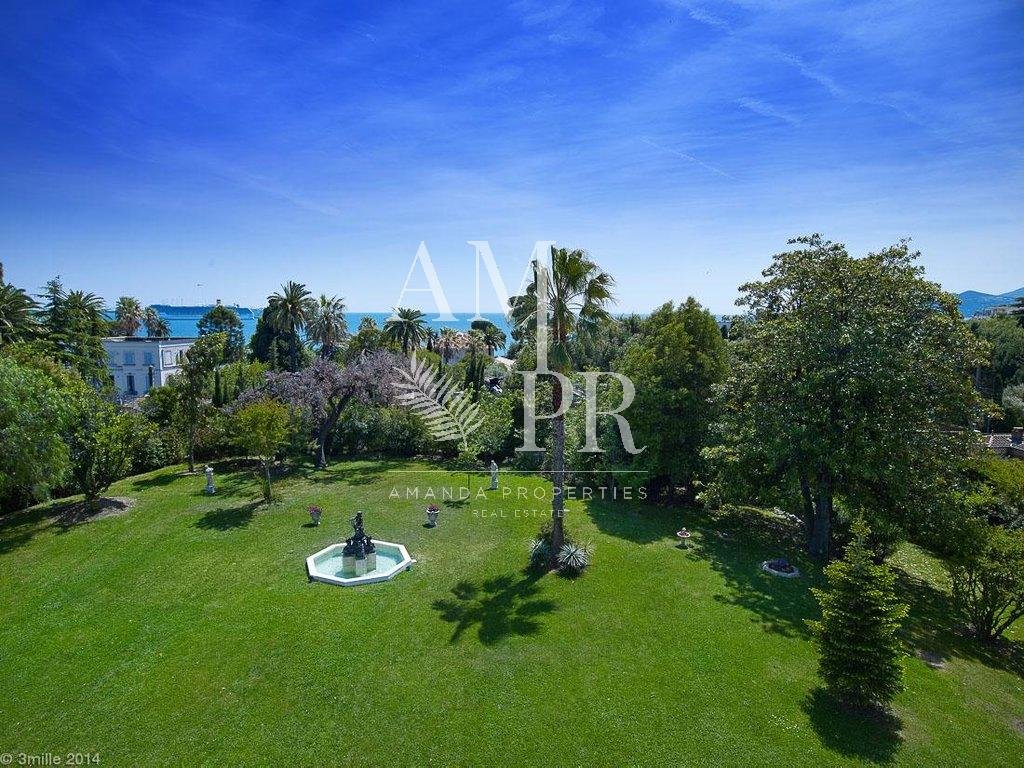 Amanda Properties offers you this particular hotel, historic building in Cannes.
Magnificent residence dating back from the beginning of the 20th century
Completely refurbished nestled on a landscaped garden of 1,5 acre with a swimming pool
Colonnades, pool house and « a la française » garden.
The house spreads out more than 900 sq.m on « levels (with a lift).
The reception rooms : Imposing entrance hall. 2 wide sitting rooms with a fireplace, wide dining room, with fireplace
The common rooms : wide kitchen, outbuildings, 2 staff bedrooms
On floor : 5 bedrooms, with bathrooms and dressing rooms.
On the upper level : 2 master bedrooms with dressing room, en suite bathrooms on a terrace of more than 150 sqm
Historic: The first historical traces of the Villa Edge Road date back to the 1870s. At that time, the entire area belongs to the English who shared it in immense properties. Built on a plot of land that has never changed since the beginning, Villa Hollandia was designed at the request of the great Duke François III of Melklebourg-schwerin, a fragile health who at that time had to spend a long time on What Stephen Liegeard called the Cote d'Azur. The latter would soon leave the property for another (Villa WENDEN in the district of California). Soon after, another family, equally famous, the ROTSCHILD throw their victory on the property, it is more particularly Bettina de Rotschild then widow of James of Rotschild. This branch of the family was certainly the most powerful since Baron de Rotschild was successively the banker of Louis XVIII, Charles X and Louis-Philippe, who died in 1868. This property became a high place of festivity, where he met all Those who helped to build the history of our old continent. In 1887, the property was paired with another villa more imposing still (Villa Marie-Thérèse) where the Rotschilds decided to settle. The Villa Hollandia at the beginning of the 20th century is going to be sold several times to industrialists who will modify it very little thus leaving it its luster of yesteryear. In 1920, this beautiful residence became the property of an American family originating from Baltimore the D'ARCY HILLES, during the second war it is requisitioned and will serve successively to the German and American armies. It was later, in the 1990s, the property of a Lyons family before being completely renovated by a cannon Mr. Claude MULLER

By clicking on "I agree", you authorize the use of cookies to ensure you get the best experience on this website.